It rained all day today. The lake was very wavy but a lot of the snow dunes and ice on the lake had melted. All of a sudden a streak of light appeared in the sky. A few moments later the sun began to set. As you can see it was gorgeous. All colors of the rainbow appeared in the distance. Up close the storm clouds began to move very fast. The orange colors made the sky look as though it was on fire. It was amazing. 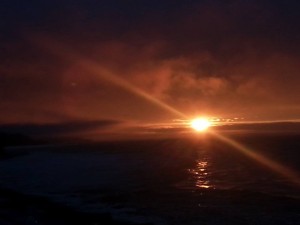 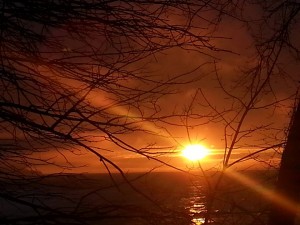 Next article Check us out on Fineart America